A Passion for Time, A Legacy to Last 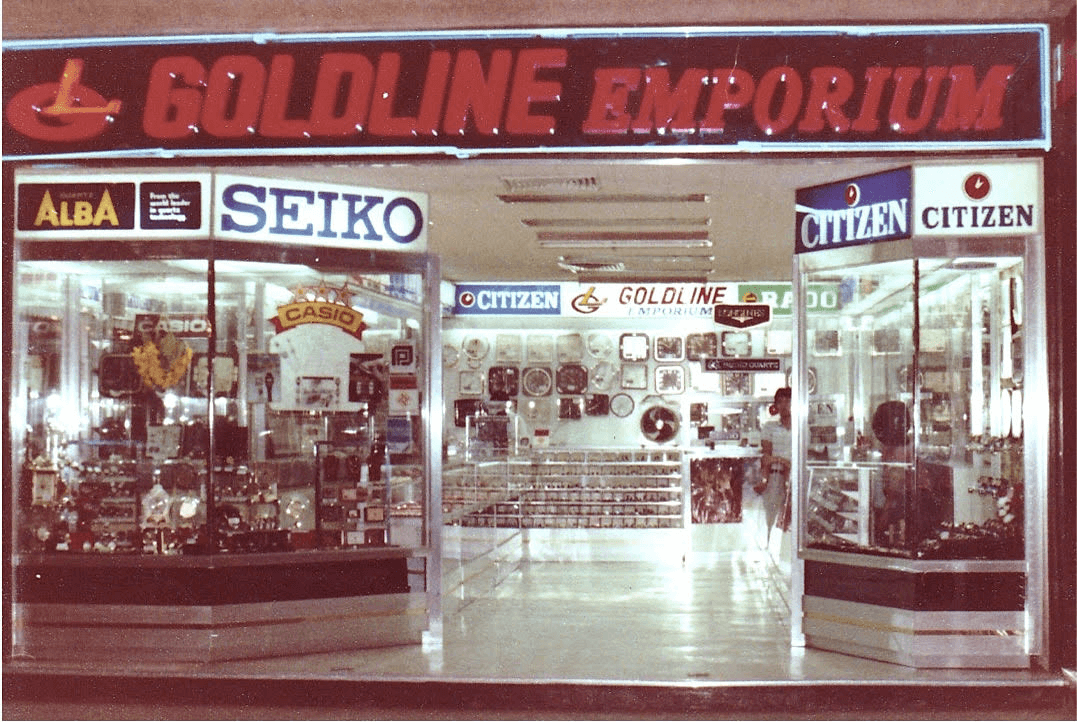 A fortieth wedding anniversary is traditionally celebrated with rubies, the symbol of passion that burns bright even after four decades. The same can be about the passion that has driven Lucerne over the past forty years. What started as a single shop in Ali Mall, Araneta Center is now the country’s leading purveyor of the best luxury watches.

While Lucerne’s transformation from a hodgepodge of watches in the typical display stand to today’s luxury conglomerate is unmistakable, one thing remains as constant as the passion that propels it: the desire to provide the best of what they love. And you can’t miss the love of the brothers Yao for these wearable works of art, nor of their father, Mr. Yao E. Chiu.

When Mr. Chiu started the shop in Ali Mall in 1982—it was called Goldline Emporium back then—he had a simple goal. He wanted to give his clients the best from the timepieces that he loved. When he passed away a mere six years later, his sons, Ivan and Emerson, inherited not only the store but also the passion for watches. They leveraged that passion to help them overcome another thing they inherited: the fact that they were then the underdog in the local industry. “We had to compete with the larger chain stores,” recalls Emerson. “Back then, it seemed insurmountable. Hard work, focus, and innovation brought us to where we are today.”

Indeed, it was their dedication and forward thinking that propelled them forward. The brothers decided that to differentiate themselves from the other players, they would cater to a certain niche. They would sell watches that were upscale, had a heritage, and were expertly crafted. They then flew to Switzerland, knocking on the doors of the great watch houses, introducing themselves, and persuading the brands to allow this small but feisty retailer to represent them in the Philippines.

In 1992, they sealed a partnership with Breitling, a Swiss watch brand that met all the criteria and produced chronographs of world renown. By then, Ivan and Emerson had renamed the shop Lucerne—to create the connection to the Swiss luxury brands that they would carry—and had made the bold move to open a shop in Makati, the hub of luxury retail. By 1998, Lucerne represented the prestigious brand Patek Philippe, one of the oldest family-run watch houses in the world. Other luxury brands soon followed. Lucerne currently retails eight of the top ten exported Swiss watch brands and works with all the major watch manufacturers from all over the world.

Beyond retail, Emerson and Ivan’s passion for the industry are manifested in the watch appreciation culture that they have been tirelessly building in the Philippines. In 1998, they published the maiden issue of Lucerne, the first local watch magazine dedicated to watch connoisseurs. In 2017, they opened the doors of L’Atelier Lucerne, an expansive space devoted to watch appreciation and learning. The brothers also have been continually bringing in watch experts and brand personalities to share expertise and experiences through mini workshops, talks, and meet-and-greet events.

With so much accomplished in the last four decades, it can be easy to rest upon one’s laurels. However, Lucerne continues to surge forward. This year brings more milestones, including the opening of flagship stores for Patek Philippe and Vacheron Constantin, and soon the biggest Rolex store in Manila at the Ayala Triangle.

The transition of the company’s reins to the next generation has also begun. The Lucerne Group continues to be a close-knit family business, and Ivan and Emerson are training the next in line. “We want to build on strengthening the brands we represent and continue to diversify to other industries where we have the expertise needed to be a major player,” says Emerson. “But we also want to continue to build on the legacy left by my father. That legacy of kinship, cooperation, and respect within the family, for the next generation to emulate.”

Indeed, there is no doubt that the passion that has sustained Lucerne will continue to burn brighter still in the next generations to come.